Northamptonshire's leading provider of Leyland and Johnstone’s paints and sundries. 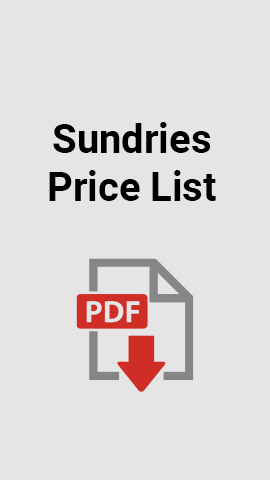 Manders famous old building was constructed in the 1800’s by the Mortimer family, a well-known local engineers,using the highest standards of building materials. It was designed and used as an engineering factory. The Mortimer family home is still next door at No 3 St Georges St. During two World Wars it served our country and, in the thirties, the famous Schneider race aero engines were constructed there. As the years went by and engineering declined, the factory fell into disrepair to near-dereliction due the failed expressway, as did many properties on this proposed route across town.

The Urquhart family purchased the property in 1981.

The family had taken on, with hindsight, what was a bridge too far. During the eighties and nineties we had developed the Mander’s Paint Centre but parking limitations caused major problems. In 1994 construction began on the creation of the new entrance and car park that you can see today. At exactly the same time, the Marlow’s boot and shoe factory nearby was razed to the ground by a colossal fire and demolition ensued. There was a beautiful Victorian façade in situ including a wonderful date stone for 1891. This was taken down piece by piece with a dream to re build this as part of the new paint centre façade so a real piece of history would be created for the town.

Now the work has been completed, the lower half of the new building is the original Marlow’s factory façade and the upper section of the building comprises the single storey frontage of the old Mortimer’s engineering factory. An interesting piece of history is that the upper structure is constructed using the original Ellistown bricks that were handmade of the finest clay, with the dowels being evident on each brick. In addition, a bell is stamped on each brick as their proud claim was that if you banged two Ellistown bricks together they would ring like a bell. Wonderful! The building is still not fully finished but the new Paint Centre has at last re-opened after all these years of struggle and the dream has still not been fully realised. Thank you for taking the time to read this little piece of local history.